Once upon a timeless void, the spirits lost the will to exist. Til one spirit breathed a word, and to the delight of all the swirling patterns of chaos, sound formed from the act of listening. Another breath and another word, till sound filled the expanse of the nothingness.

Nothingness became filled with so much sound that it had no place left to be and so nothingness formed a sphere, and another, and then another until seven were created.

There the sounds entwined while each sphere tumbled and tossed with no direction, often colliding, until the Phantom appeared. The Phantom was made of nothing and made of everything at once. The phantom was light born of sound.

Following the phantom, all the spheres fell into step. Uniquely evolving in purpose, the spheres created life out of peculiar elements, each resonating to a singular note in the cosmic scale. The spheres aligned themselves chromatically, developing a balance within a mobius orbit of concentric infinity. These seven entities, collectively known as the galaxy Solfège (sōl-fehz), are led by the Phantom in a planetary symphony of perpetual motion.

The first sphere is the red planet Do (dōh), born of rhythm and concerned with the shape of things. Known to Themes by the code name Isle of Faith. Protected by the alchemist angel Aratron, who possesses infinite knowledge, can turns beasts to stone and lead to gold. Its patron demon is Lucifer, “light-bringer” and “deceiver”. The apex is the sephirot Netzach, whose name means “victory”, who guards against idol worship and weighs the balance of pride and humility of Do’s evolution. Its revelation is religious conquest. Do resonates to C in the cosmic scale.

The second sphere is the orange planet Re (rā), born of melody and concerned with all things linear. Known to Themes by the code name Isle of Coin. Protected by the alchemist angel Och, who heals the sick and turn any object into gold. Its patron demon is Mammon, “money”. The apex is the sephirot Tiferet, whose name means “adornment”, who guards against theft and weighs the balance of greed and charity of Re’s evolution. Its revelation is war. Re resonates to D in the cosmic scale.

The third sphere is the yellow planet Mi (mē), born of harmony and concerned with the color of things. Known to Themes by the code name Isle of Bliss. Protected by the alchemist angel Hagith, who transmutes copper into gold and creates love and friendship. The patron Demon is Asmodeus, “prince of lust”. The apex is the sephirot Chesed, whose name means “kindness”, who guards against unfaithfulness and weighs the balance of lust and innocence of Mi’s evolution. Its revelation is famine. Mi resonates to E in the cosmic scale.

The fourth sphere is the green planet Fa (fah), born of timbre and concerned with the tone of things. Known to Themes by the code name Isle of Hope. Protected by the alchemist angel Ophiel, who gives speed and vast knowledge and changes mercury to white stone. The patron demon is Leviathan, “sea monster” and “world serpent”. The apex is the sephirot Hod, whose name means “splendor”, who protects against blasphemy and wrongful speech and weighs the balance of envy and kindness in Fa’s evolution. Its revelation is destruction. Fa resonates to F in the cosmic scale.

The fifth sphere is the blue planet Sol (sōl), born of texture and concerned with the texture of all things. Known to the Themes by the code name Isle of Soul. Protected by the alchemist angel Phul, who can turn anything to silver, destroys evil spirits of the water which is the element it rules. The patron demon is Beelzebub, “master demon”. The apex is the sephirot Yesod, whose name means “foundation”, who guards the honor of all living things and weighs the balance of gluttony and temperance in Sol’s evolution. Its revelation is martyrdom. Sol resonates to G in the cosmic scale.

The sixth sphere is the indigo planet La (lah), born of form and concerned with the form of all things. Known to the Themes by the code name Isle of Tears. Protected by the alchemist angel Phaleg, who embodies dominion over others and victory in war. The patron demon is Amon or Satan, “the accuser”. The apex is the sephirot Gevurah, whose name means “severity”, who guards against murder and weighs the balance of wrath and patience in La’s evolution. Its revelation is cosmic disturbance. La resonates to A in the cosmic scale.

The seventh sphere is the violet planet Ti (tē), born of dynamics and concerned with the point of all things. Known to Themes by the code name Isle of Right. Protected by the alchemist angel Bethor, who creates wealth and the friendship of important allies. The patron demon is Belphegor, “disputer”. The apex is the sephirot Malchut, whose name means “kingdom”, who protects the legal system and weighs the balance of sloth and diligence in Ti’s evolution. Its revelation is the final judgement. Ti resonates to B in the cosmic scale. 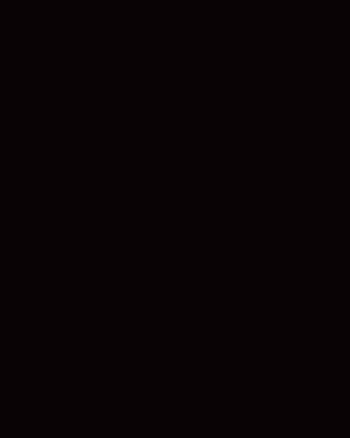 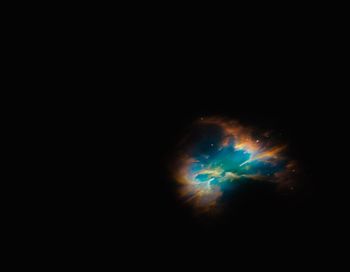 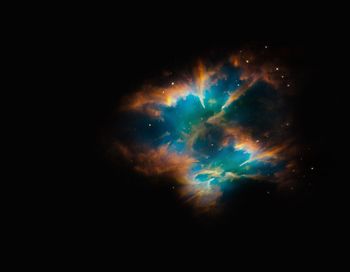 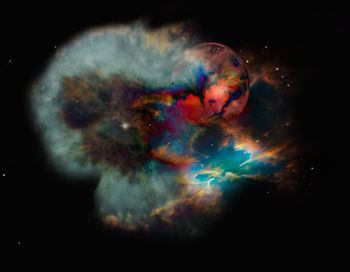 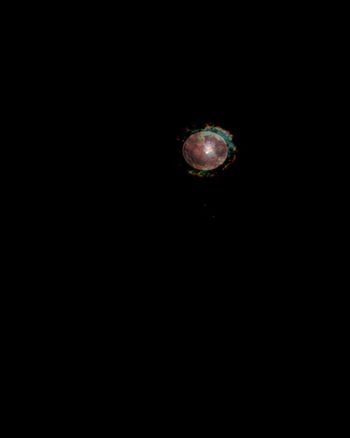 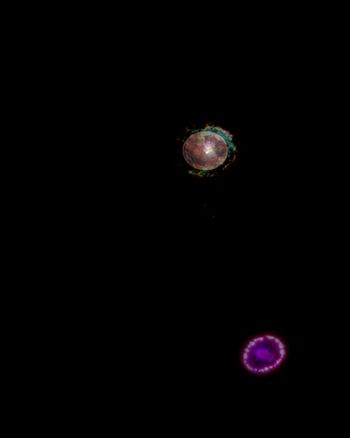 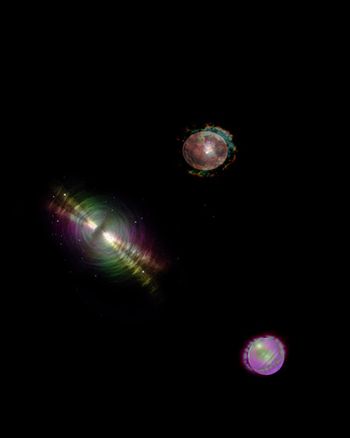 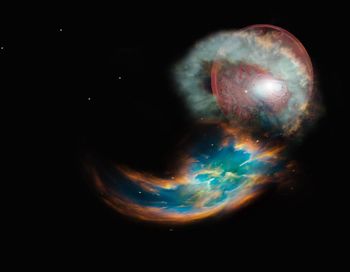 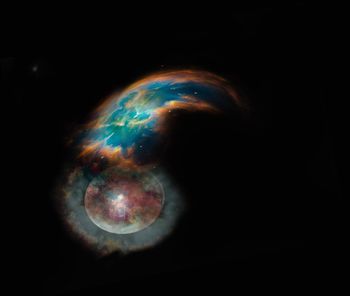 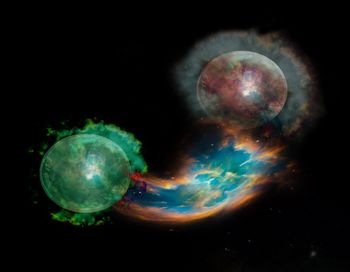 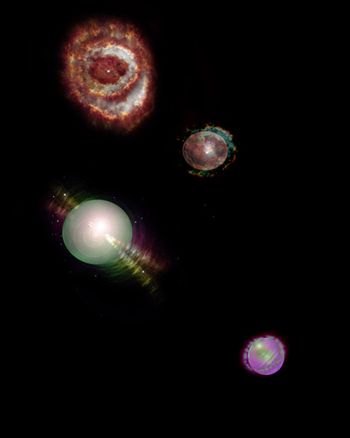 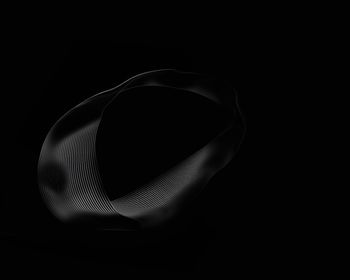 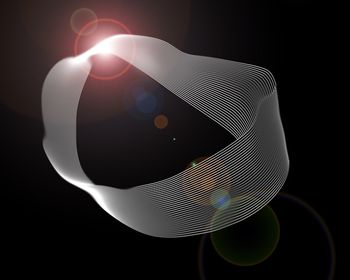 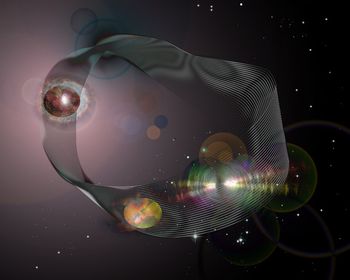 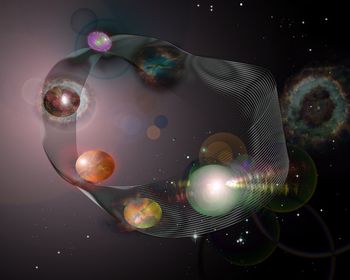 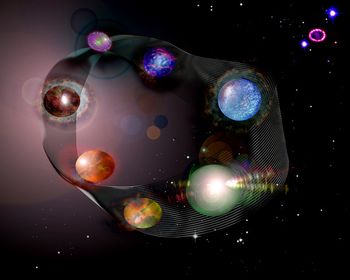 This is the history of the galaxy Solfège and our world, as told by generations of Thematics, a guild of artisans who record and expand the life of the third planet.

In ancient times, two distinct races emerged from the mercury and starstone that covered Mi. The Blues were a gifted creating race, obsessed with color, liberated and prone to abandon, existing in a constant state of metamorphosis, within themselves and with every element. Blues were chaos. The Greys were a diligent dictating race, obsessed with numbers, conservative and prone to judgement, existing in a preferred status quo with defined parameters, within themselves and with every element. Greys were order. The Blues tinkered with mercury manipulation and stumbled upon the access to the portals of time, while the Greys developed catatoniums (mind prisons). The Blues harnessed an echo of the Phantom and painted the skies, while the Greys built giant aural refractors to keep out the light. The Blues began journeys through space and time with little thought to the effect upon Mi’s evolution, and the Greys calculated the cost in the continuing alteration of history, balance and sanity. Both races possessed superior abilities and the zealous compulsion to convert the opposition.

The angel Hagith believed the Blue lust for new experience had crushed the beauty of their wonder and innocence. The demon Asmodeus tempted them with colors they had never seen and sensations they had never felt. What occurred in Bluedore was a descent into utter wantonness.

The demon Asmodeus taunted the Grey with visions of Blue ecstatic rapture, in disgust they grew in hatred. The angel Hagith bemoaned the gossiping, malcontented Grey, and offered it solace thru friendship. What occurred in Greylore was a unity of purpose, and the Battle of the Seconds began.

Both sides had psychic warriors who could destroy cities, turn mercurial oceans to sand, create storms that shifted poles, or expand, contract, or obliterate the fabric of reality. To avoid planetary annihilation, a giant crystalline dome, called the Cage, was created as a battlefield and courtroom. The honorable sephirot Chesed sat at the scales, with a countenance of divine empathy, two magnums of mercury, an eye dropper, and a feather. For eons, inside the Cage the conflict raged, the players changed but the crusade continued.

Outside, a positive reaction chrysalised, the result of geodesic reflections from the caged cerebral collisions and the simple inevitability of time’s passing, evolution.

New schisms, neither Blue nor Grey emerged in the void of extreme polarities, and innocence again merged with a lustful curiosity in the form of three schools of craft: the Nematic (in modern usage, Nemes); inventors and engineers, the Schematic (in modern usage,Schemes); scientists and alchemists, and the Thematic (in modern usage, Themes); artists in sound, word and sight. The angel Hagith and the demon Asmodeus visited the sephirot Chesed at his throne next to the scales. “The feather has always outweighed the mercury, or vice versa. Never have we come to a final judgment,” sighed the sephirot. The angel climbed upon the scale with the mercury, and the demon sat on the opposite with the feather. The scales perfectly balanced. The raging of invisible humming ceased. The thousands of images on the surfaces of the dome faded. Silence and then a great roar of joy shook the planet. 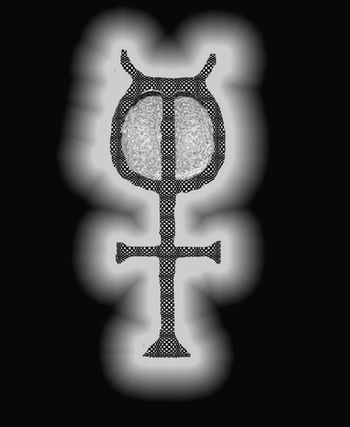 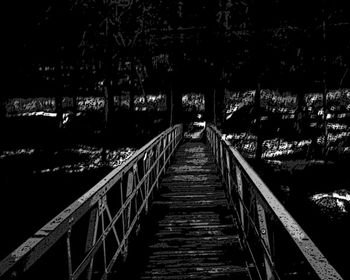 Early archive: the plank that leads to the Cage 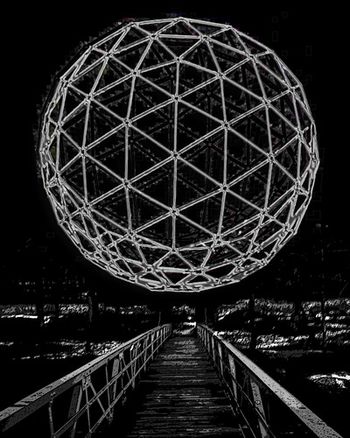 The Cage, in non reflective stasis 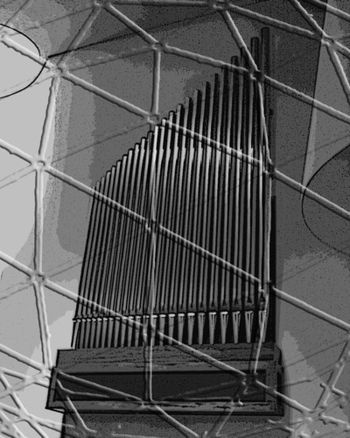 view of atherimic conductor thru the cage's sensors 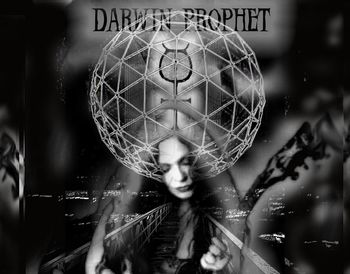 Darwin Prophet and the Chronus Mirror, the portal used for timing, located inside the Cage